Twenty-four school teachers have been allocated flats at a newly commissioned quarters built by Governor Babagana Zulum’s administration in Maiduguri.

The quarters was commissioned by President Buhari some weeks ago when he visited Maiduguri for the 2022 World Humanitarian Day.

The teachers quarters at Bulumkutu along airport road is one of over 600 capital projects delivered by Zulum.

Borno State Government allocated the fully furnished 24 units of the houses to Primary School Teachers from Maiduguri and Jere Local Education Authority (LEA) during a brief ceremony on Wednesday at the quarters.

He also said Zulum’s administration will extend such projects to other Local Government Areas in order to provide accommodation for hardworking teachers in the LGAs.

The commissioner further added that beneficiaries were selected based on merit from different Schools within the vicinity of the quarters. He charged teachers to take good care of the facility as it is an institutional property.

Meanwhile, The Commissioner for Housing and Energy, Engr. Yuguda Saleh Vungas, whose ministry constructed the quarters, while handing over the keys to the Honourable Commissioner for Education Engr., Lawan Abba Wakilbe, for onward allocation to teachers disclosed that the houses consisted of 12 units each of fully furnished two bedrooms, a parlour, kitchen and two self contained toilets, while 12 are fully furnished one bedroom, a parlour, kitchen and toilet.

Highlights of the occasion was the presentation of allocation letters to the beneficiaries.

Mrs Obiageri Mazi, once promoted by Governor Zulum for her dedication was one of the beneficiaries.

Obiageri hails from Abia State and has been a teacher at Shehu Sanda Kyarimi 2 Primary School under Jere Local Government Education Authority for 31 years.

On February 15, 2021, Governor Zulum directed her promotion from a class teacher to the rank of Assistant Headmistress as an executive reward for her punctuality.

Zulum, a University Professor, had visited the school around 6am as part of his unscheduled supervision and he was amazed that Mrs Obiageri was already at the school, that early, awaiting the arrival of her pupils.

The governor immediately invited her, gave her N100,000 cash and approved her immediate promotion. 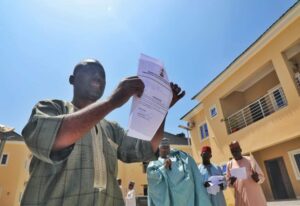 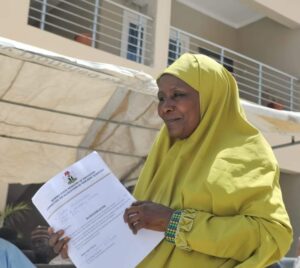 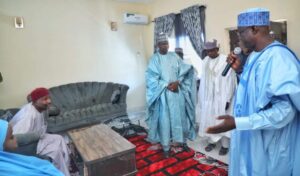 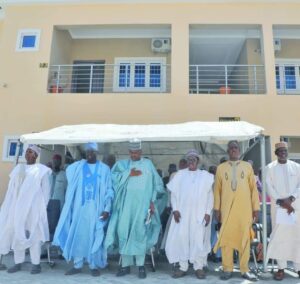 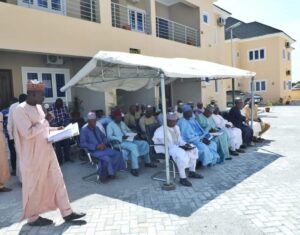 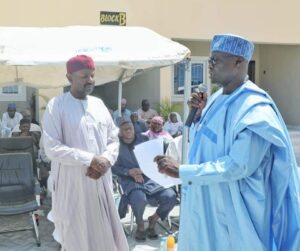