Media personality, Uti Nwachukwu has shared tweets centered on actions of Men of God who people look up to.

Uti Nwachukwu in his tweets stated that Men of God should be preaching love and forgiveness like Jesus, never discriminate, always speak the truth, be non-judgemental and not interested in wealth acqusition.

He added that when a cleric preaches mostly about prosperity, perpetuates hate and intolerance, encourages prayer for people’s enemies to die, judges people based on their appearance, involved in politics, leaves their followers in fear and guilty each time they meet, then the followers have been tricked into worshipping the “devil” in disguise.

Insisting that his tweets are not for everyone, Uti stated that it is for people who have “dared to swallow the red pill”. 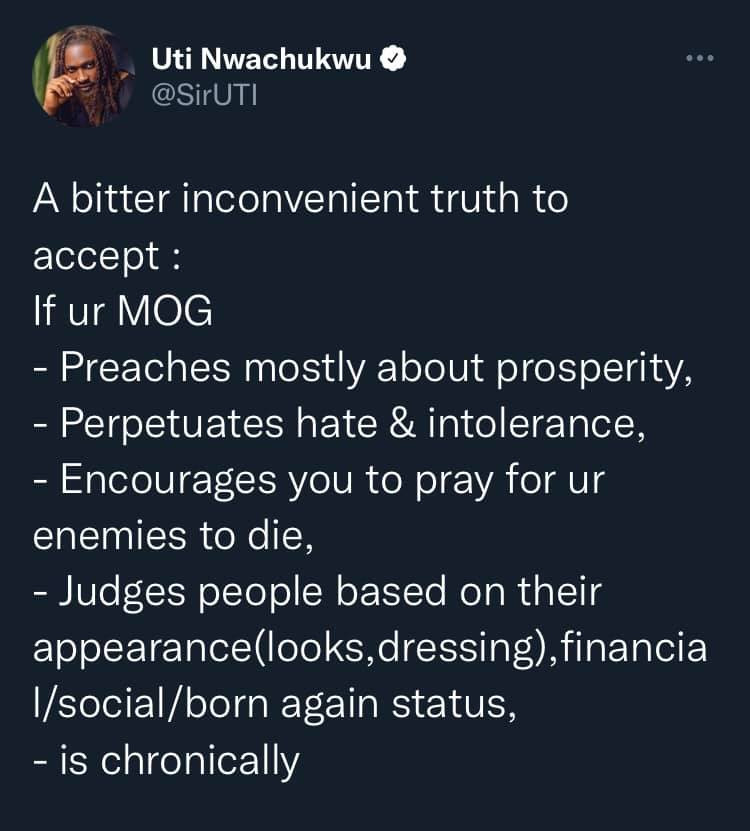 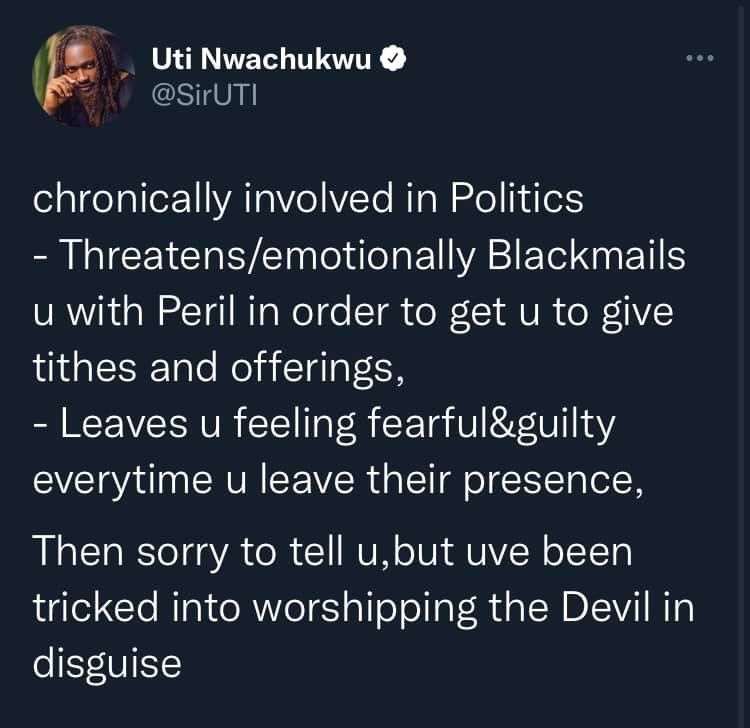 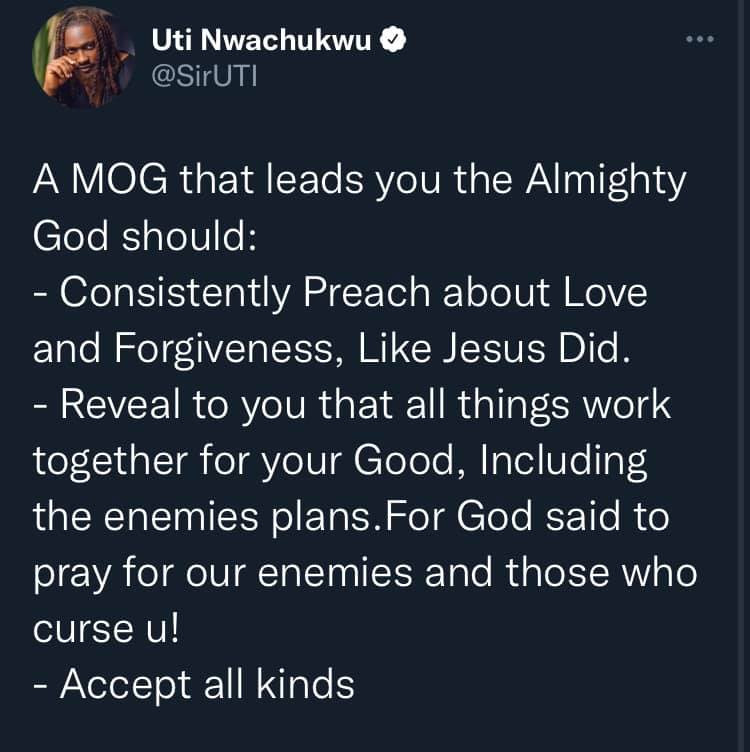 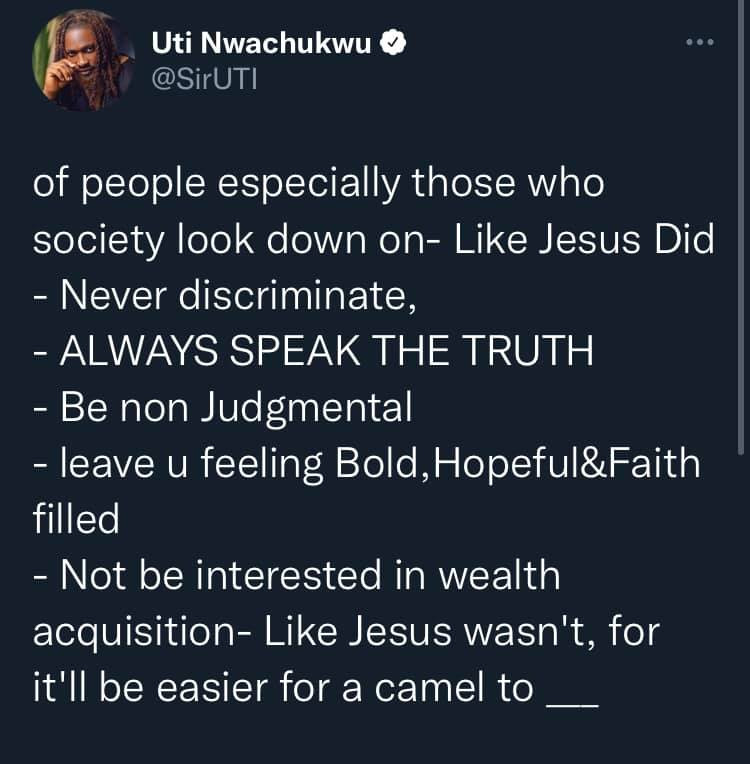 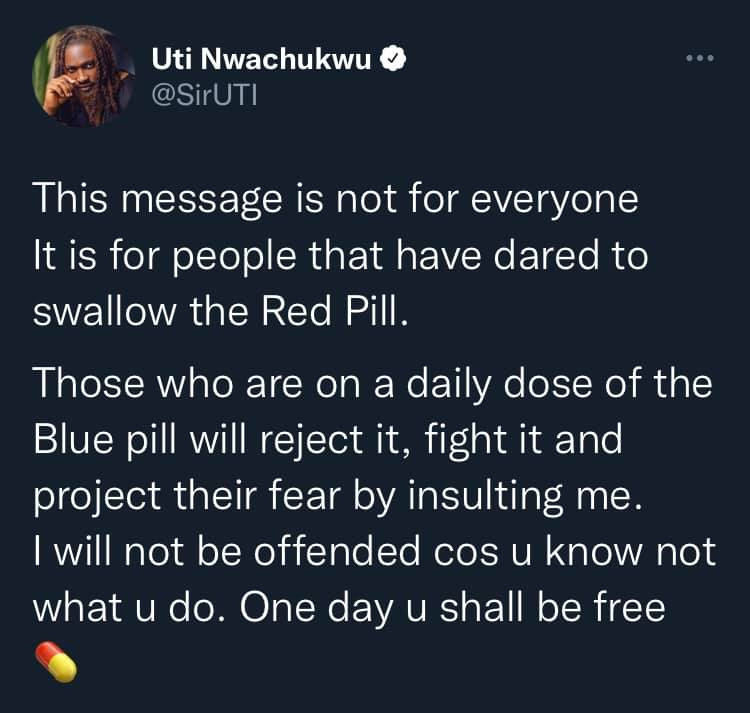 You Can’t Tell Me Peter Obi Is Different – Femi Kuti

I Started Dating At 15 Years, Got Married At 18 Years – Blessing CEO