With an Excellent Military career that grew exponentially, Kanu rose to the membership of the defunct Supreme Military Council and later to the position of Chief of Naval Operations and Director of Logistics, Joint Operations.

The General distinguished himself with dedication to his career and patriotism to the nation, this earned him numerous State and National honors.

During his tenure as the Military Governor of Imo State from 1976 to 1977, Rear Admiral Ndubuisi Godwin Kanu brought in a lot of developmental projects to the State, including the engagement of Town Planners for the development of the State. His love for the people and for development yielded productive output in the state including but not limited to the creation of additional Local Government Areas in the State, bringing the number to 21.

According to Uzodinma, “The Late General would greatly be remembered for his immense contributions to national cohesion and growth as he unapologetically championed an end to military rule and the return to true Federalism. On behalf of the Government and good people of Imo State, we join the Government, good people of Abia State and the Family to mourn the Late Rear Admiral Ndubuisi Godwin Kanu as he reunites with his maker.

“As we eulogize him for his outstanding performance as the Military Governor of Imo State, by an Executive Order, the Heroes Square is now renamed Rear Admiral Ndubuisi Kanu’s Square.” 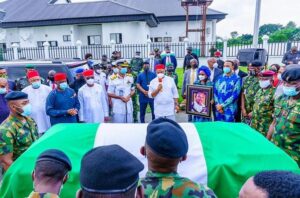 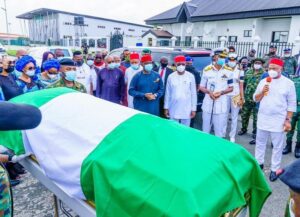 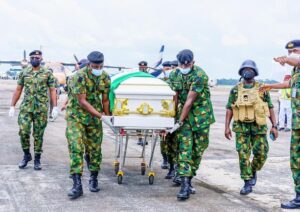 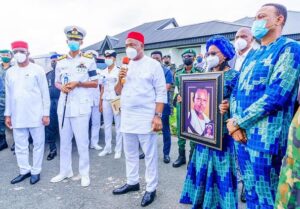