Troops of Operation Accord have killed four suspected bandits at Jeka Da Rabi area along Kaduna-Abuja expressway in Kaduna State.

In a statement issued on Thursday by the Coordinator, Defence Media Operations, Major General John Enenche, the troops also recovered one AK 47 rifle and 5 rounds of 9mm with a magazine and have dominated “the general area with aggressive patrols in search of the fleeing bandits.”

The operation, which was carried out on September 2, is in continuation of the “sustained offensive against armed bandits and other criminal elements in the country.”

“Acting on credible intelligence on the movement of bandits from Kachia area, troops swiftly mobilized to the scene and laid ambush.

“The gallant troops made contact with the bandits and engaged them with superior firepower thereby neutralizing 4 while others escaped with gunshots wounds,” the statement partly read. 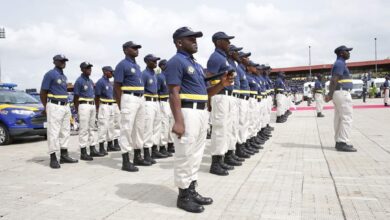