The presidential candidate of the All Progressives Congress, Asiwaju Bola Tinubu, on Sunday snubbed the town hall meeting organised by Arise TV to attend a dinner and book launch in honour of Col Sani Bello, the father of Niger State Governor, Sani Bello.

Also absent at the town hall meeting was the presidential candidate of the Peoples Democratic Party, Atiku Abubakar, who was represented by Okowa.

At the birthday party, Tinubu gave a birthday toast, saying the celebrant had sacrificed so much to humanity.

He added that Col. Bello was a man of honour, integrity, kind hearted and generous who had impacted positively on the lives of many people.

Other speakers at the event praised the humanitarian gestures of the former Governor of Kano State.

In his remarks, Col. Bello said he was overwhelmed with the love shown to him and urged Nigerians to rally round each other for a better nation.

No fewer than seven Governors, members of the National Assembly, Ministers, Emirs and other guests from all works of life attended the dinner. 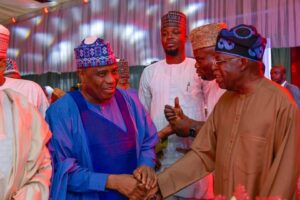 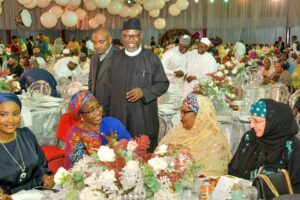 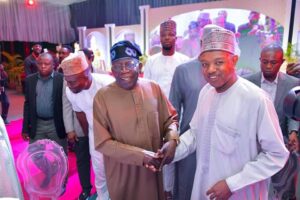 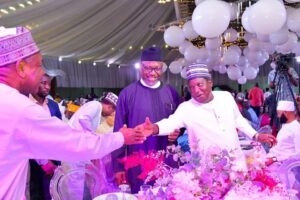