Vice President Yemi Osinbajo has hosted Senators of the All Progressives Congress, APC, to an Itfar dinner on Tuesday.

This happened 24 hours after he declared his ambition to contest the 2023 presidential election.

Photos from the dinner meeting were shared by his aide, Laolu Akande.

“In a cordial & convivial atmosphere like on Sunday (when he hosted APC Governors), the VP thanked the Senators for honouring his invitation, and also used the opportunity to discuss his 2023 plans.” 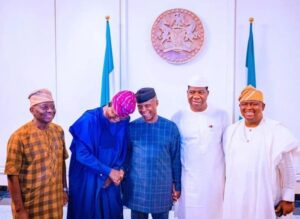 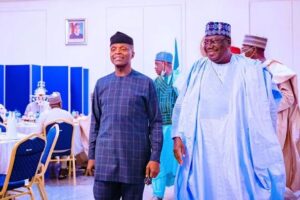 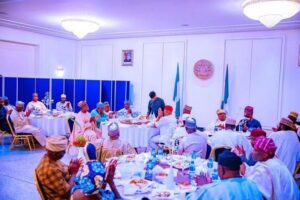 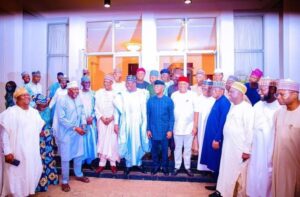 Buhari Warns Bandits: No Matter The Hole You Crawl Into, We Will Find You