According to a statement by the NSCDC, the Squad acted on credible intelligence and recovered the following exhibits from the crime scene.

The statement said eight suspects, a black Toyota Sequia with registration number Lagos APP 134 DX loaded with 70 kegs of 25 litres of adulterated AGO; Twenty eight (28) Jerry Cans of 25 litres each filled with suspected adulterated AGO, 6 pumping machines and 1 counting machine were all recovered from the crime scene.

“An underground storage tank with four (4) compartments of 20,800 litres of adulterated petroleum products was also discovered at the crime scene.

“In addition, 1 suspect with a Toyota Sequia car loaded with 102 Jerricans of suspected adulterated AGO was intercepted and arrested.

“1 truck loaded with 45,000 litres of suspected adulterated petroleum products with a forged waybill was also arrested at Ore, along the Benin / Lagos expressway in ondo along with 2 suspects,” the statement concluded. 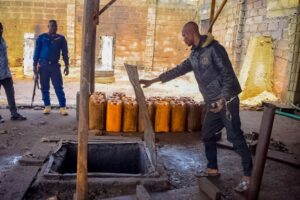 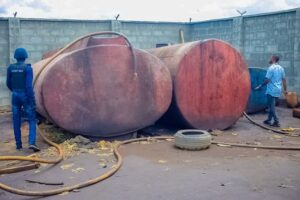 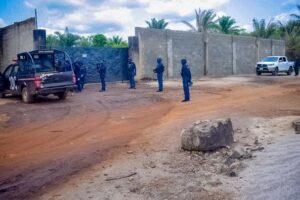 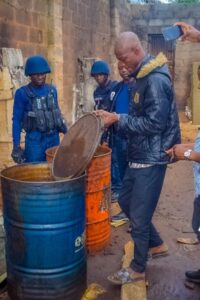 If You Come For Atiku, We’ll Come For You, Dino Melaye Warns Attackers

Be Tolerant Of Others, Peter Obi Urges Supporters

NDLEA Intercepts N4.5bn Worth Of Heroin In Lagos Airport