The Federal Government has presented relief items to Oyo State for distribution to victims of Flood disaster in the State.

The Director General who was represented by the Director Search and Rescue , Commodore Edwards Adedokun commiserated with the Government and people of Oyo State , reiterated the Federal Governments activities towards Disaster Management particularly the approval by President Muhammad Buhari on the release of grains from Nigeria Reserves to the Vulnerable in the country.

He pleaded with the State Government to secure a befitting accommodation for NEMA to help in enhancing the activities of the Agency noting the the items presented is expected to reach the victims making use of assessment reports.

Receiving the Items, the Secretary OYO SEMA, Mr Opatunbi, on behalf of the Executive Governor of the State appreciated the Federal Government through NEMA and assure fairness in the distribution of the items to victims without delay.

He further notified the efforts of Oyo State Government to provide additional materials to the victims of Flood disaster in the State..

Earlier in his Welcoming Address the Zonal Coordinator of NEMA Mr SAO Akiode assured all Stakeholders of their involvement during the distribution exercise and appreciated all that present for gracing the occasion despite short notice.

Imam Basheer a member of JNI on behalf of the beneficiaries appreciated NEMA and the State Government for the provision of relief materials.

Inspection of warehouses were carried out by the Director of Search and Rescue in the company of Staffs, OYSEMA and Other Stakeholders. 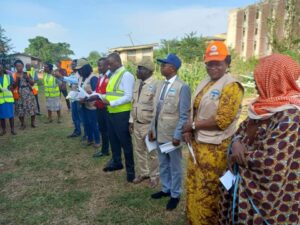 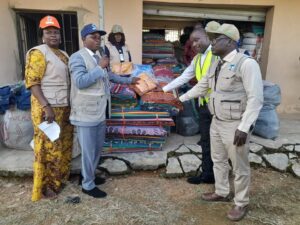 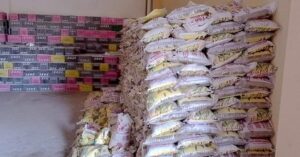 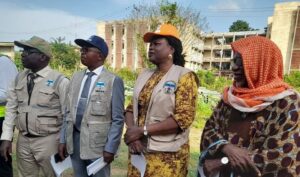 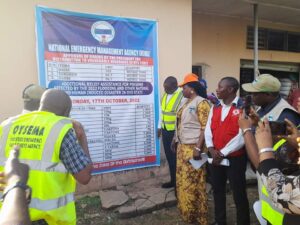 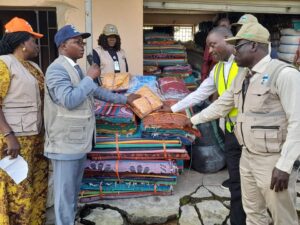