The governorship candidate of the Peoples Democratic Party, Olajide Adediran, popularly known as Jandor, and his running mate, actress Funke Akindele, have taken their campaign train to Badagry.

In a post on Facebook, Jandor stated that he was moved to tears when he became aware of the flooding some parts of the area suffers regularly.

He said the people also lamented the neglect they’ve had to suffer over time.

He wrote, “In light of the present reality where most of all states of the federation are burdened with unprecedented levels of flooding and the consequential loss of life and property, my visit to Ajido, a riverine community in Badagry LGA was sobering.

“I was overwhelmed with concern for the people of this community and larger population in Badagry who live in constant threat of flooding and I was moved to tears as I listened to their reports of the long term neglect that has been their reality in the last 23years.

“Successive generations of children in Ajido have been disadvantaged by a neglectful government with just one primary school without basic amenities like tables or chairs, adequate sanitation or even access to hygenic toilets. The level to which the current government has failed them is staggering and we must do all we can to register our displeasure with this negligent leadership.

“Voting for the PDP and electing Jandor as Governor of Lagos state will bring a breath of fresh Air, and in that capacity, I will fulfil the PDP’s promise to usher in an era of a renewed hope for a Lagos that works for all.” 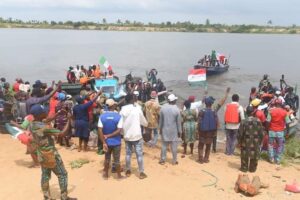 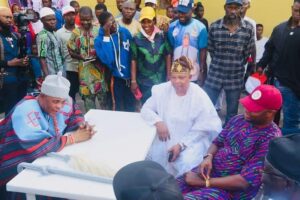 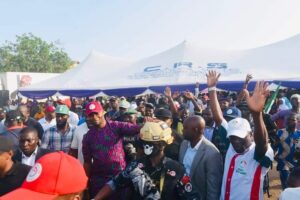 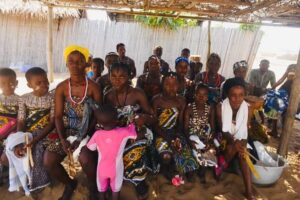 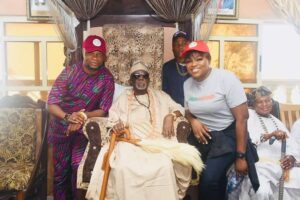 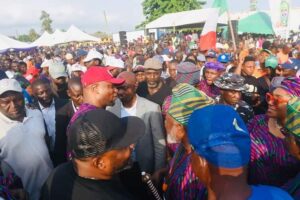 Rivers Votes Not For APC, Money Can’t Buy Them – Wike