He was joined by his wife, Chief Betty Anyanwu-Akeredolu; members of the State Executive Council led by the Secretary to the State Government, Princess Oladunni Odu; and several other dignitaries.

The expansive Church auditorium of St Anne’s, Molete, Ibadan, was filled to the brim as friends, political associates, colleagues and other dignitaries joined the Akeredolu family for the service.

The remains of the late Lady Evangelist Grace Bosede Akeredolu (JP) arrived at the Church premises before 9am.

Governor Akeredolu and his siblings with their spouses were decked in beautiful white attires while the grandchildren and great grandchildren were all decked in lovely uniform ‘Ankara’ attires.

In his sermon,The Lord Bishop of Ibadan Diocese, the Most Rev (Dr)Joseph Akinfenwa, who led several other Bishops at the service, expressed joy that the late Lady Evangelist Grace Bosede Akeredolu lived a fulfilled Christian life till the end.

In his sermon titled “Which is Your Choice”, he particularly congratulated the Governor and his siblings for surviving their aged mother.

The Bishop equally extolled the virtues of their late father, Jacob Akeredolu, who also served as Reverend in the church.

Bishop Akinfenwa told Governor Akeredolu and his siblings that their father and mother have passed the baton of faith to them, adding that they must be ready to take over from where their parents stopped.

Noting that the late lady Evangelist Grace Akeredolu had chosen the appropriate time to go, the Bishop said the nonagenarian succeeded in raising successful children.

He described both Rev Jacob and Lady Evangelist Grace Akeredolu as a man and woman of good characters who loved, feared and served the Lord and humanity in their lifetime.

“She was a Lady Evangelist and that means a lot. She served the Lord to the end,” the Bishop stressed.

He also admonished the children of the departed to continue in the good ways of their father and mother.

The Christian Wake follows immediately at the Jacob and Grace residence in Oke-Ogun, Owo. 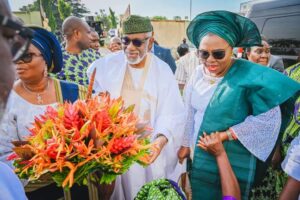 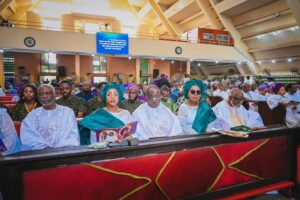 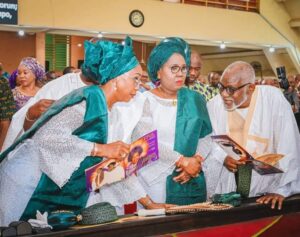 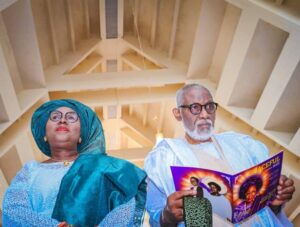 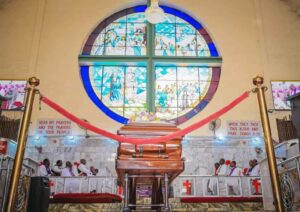 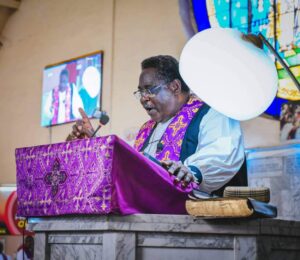 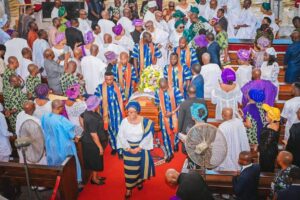 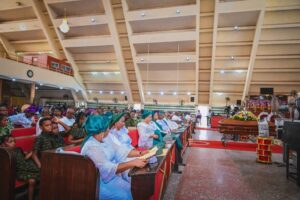 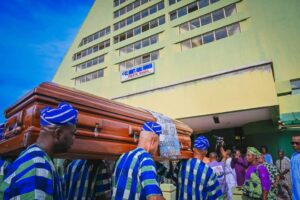