Ondo State Governor, Rotimi Akeredolu,SAN, has said the various quality housing schemes already delivered and those under construction across the State have attested to his administration’s remarkable progress in provision of housing to the people of the state.

Governor Akeredolu explained that the REDEEMED agenda of his administration captures development through massive infrastructure.

The Governor spoke on Tuesday while commissioning a private housing estate in Akure, the Ondo State capital.

He commend the Ever-Bright Developers and Real Estate Company for buying into his vision to meet the housing stock deficit in the State.

His words: “Notable among our efforts to make housing more accessible to the residents of Ondo State is the creation of more Government Residential Areas across the State.

“Furthermore, our administration has acquired and designed, ready for allocation to our people, ten hectares of land in major towns across Ondo State all for the purpose of housing development.

“The provision for housing is identified as one of the basic rights by the Universal Declaration of Human Rights, Article 25 of 1948. The 11th point on the Sustainable Development Goals (SDG) also targets access for all to adequate, safe and affordable housing and basic services and an upgrade of slums to livable communities.

“Responsible and responsive governments across the globe have adopted the United Nations Declaration and the SDG as the basis for their policy and developmental thrust.”

The Governor stressed that his administration’s efforts driven towards the ease-of-development and the affordability of housing units include provision of Housing Loan at affordable rates to civil servants in the State.

He said his administration has also facilitated access to Housing Finance in collaboration with the Federal Mortgage Bank and other primary mortgage institutions.

“Other include partnership with private developers through land allocation for housing development; provision of mortgage support to encourage civil servants’ home ownership in partnerships with CITEC through Alpha 3D, Ikare: Ondo State is to pay 10% of the cost of each building in order to assist every civil servant who would benefit from the scheme, and provision of road infrastructure in government estates and private layouts; and

Governor Akeredolu said the home Owners Charter of Ondo State Scheme (HOCOS) is geared towards ease of issuance of Certificates of Occupancy (CoO) to land owners in Ondo State.

He called on all stakeholders in the Housing and Real Estate Industry to invest in the sector. 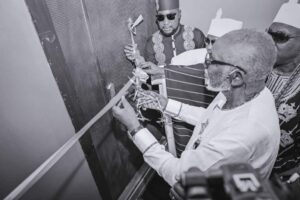 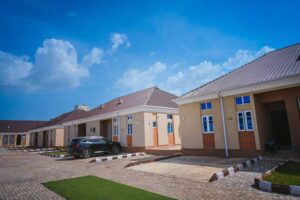 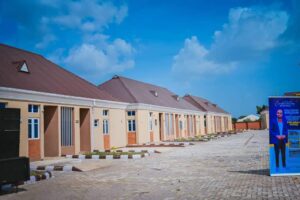 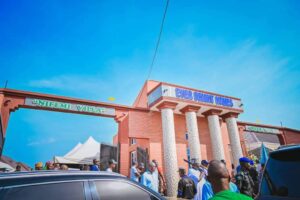