Below are photos of ice cream and popcorn stands designed in Vice President Yemi Osinbajo’s name at the venue of the All Progressives Congress primary in Abuja on Tuesday.

Recall that former governor of Borno State, Kashim Shettima, had said Osinbajo was a nice man who ought to be selling ice cream.

He told Channels TV, “Osinbajo is a good man; he’s a nice man. But nice men do not make good leaders, because nice men tend to be nasty. Nice men should be selling popcorn, ice cream.”

The former governor has, however, apologised for the comment against the vice president. 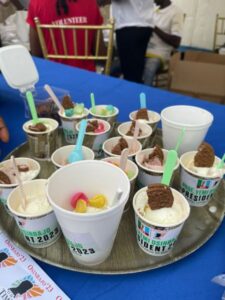 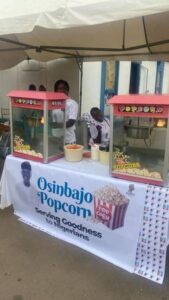 Don't Vote For Who You Don't Believe In, Osinbajo Tells APC Delegates

LASPPPA Pleads With Built Sector Professionals, Others On Compliance To Planning Laws