Political activist, Omoyele Sowore, has said the camp of the Labour Party presidential candidate, Peter Obi, is full of people who killed Nigerians.

Sowore said this after former president Olusegun Obasanjo, who had been frolicking with Obi, offered his seat to the Labour Party presidential candidate at an event.

According to Sowore, Obasanjo masterminded the massacre of Nigerians during the civil war.

He also lamented that a general who denied the alleged Lekki Massacre was also part of Obi’s camp.

He wrote, “Obasanjo massacred Nigerians in Odi and Zaki Biam, Ibrahim Babangida killed Dele Giwa in 1986 with a parcel bomb went ahead to kill his friend Mamman Vatsa over a phantom coup. General Enenche helped cover up #Endsars massacre at #LekkiTollGate and they’re all in @PeterObi’s camp! #WeCantContinueLikeThis” 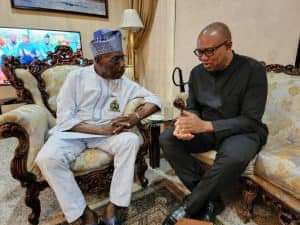 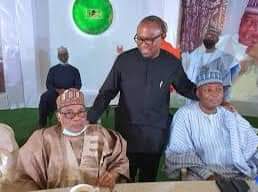 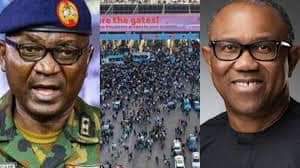 Tinubu's Credentials Will Give Us Victory - Edo APC