The General Manager, Lagos State Neighbourhood Safety Agency, Prince (Dr.) Ifalade Oyekan, has reiterated the commitment of Governor Babajide Sanwo-Olu-led administration to the security of lives and property across the metropolis.

Speaking during the passing-out-parade of the 13th batch of LSNA Corps Officers and other law enforcement officers at the Lagos State Law Enforcement Training Institute (LETI), in Magodo, Lagos, Prince Oyekan thanked the training institute for the annual mandatory training organised to equip law enforcement officers around the State with basic knowledge and new techniques on engagements.

He emphasised the need for continuous training among law enforcement officers as a panacea for increased productivity and enhanced service delivery, adding that LETI has been able to achieve a lot in the training of personnel in recent years.

Oyekan stated that the Governor of Lagos State, Mr. Babajide Sanwo-Olu, is very passionate about an efficient security apparatus in Lagos and is giving all necessary support to the various security agencies, urging the officers to reciprocate the gesture through effective service delivery.

He revealed that the State Government recently provided the Agency with essential working tools to further boost the working capacity and productivity of officers in the 57 Local Government (LGs) and Local Council Development Areas (LCDAs) of the State.

The General Manager harped on new innovations currently under way to ensure that law enforcement officers in the State are IT-compliant, technologically savvy and work with real-time live feeds through body-worn cameras, which have been approved for use by Governor Babajide Sanwo-Olu.

Prince Oyekan commended the leadership of the training institute on the calibre of graduates being produced by LETI, advising that the current efforts by the management should be sustained and enhanced.

World Must Be Prepared For Disease X -WHO 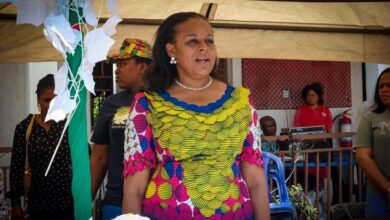