The Kwara State Government has threatened to order the consultant and the contractor that constructed the N3.7 billion Diamond Underpass flyover in Ilorin to site over a failed portion of the project.

The flyover, located at the entry point of the state capital, was constructed and commissioned by the immediate past administration in the state in its twilight.

Speaking with journalists when he inspected the failed portion of the project, the state’s Commissioner for Works, Rotimi Ilyasu, said that the state government would also explore what it could get back from those concerned.

“There are many projects like that. This is a job that was initially awarded at N2.5 billion and rose to N3.7 billion. The contract passed through the Executive Council, it approved it and gave the contractor an approval. And those that did that did it on behalf of Kwarans,” he said.

The commissioner, who said that the state government would repair the bad road as part of its responsibility in power, adding that the repair would remove the sufferings of the people plying the road.

“Government has everything to lose when we pursue a legal option. People will suffer effects of bad roads. So, we look at how to mediate by calling the contractor back to site as well as the consultant on this job to ensure proper work was done. But in the interim we have to do what we are supposed to do. That’s why we brought in stone base materials. We will also do some other bad sections of the road where asphalt has cracked. Compaction was not properly done, because it was a rushed job due to the intention to hurriedly commission it.

“The present administration has a lot of job to be commissioned right now. But we are not rushing. We have to give Kwarans the best. We will make sure we complete the jobs to standard before we do commissioning or else we will end up wasting fund. We’re learning from this also,” he said.

The commissioner, who said that the project was not certified by the state ministry, added that materials used to construct the road were not adequate and that the development resulted in quick failure of the road. 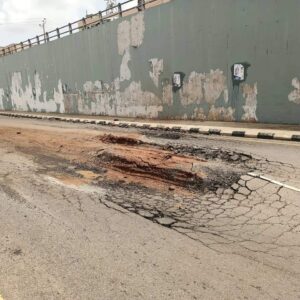 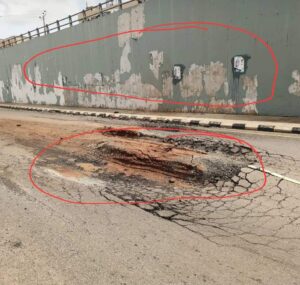 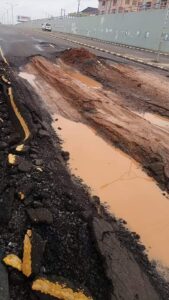