Ahead of the commencement of the Mass Housing programme for teachers across the state, the Kwara State Government has commenced engagement with relevant stakeholders that are critical to the successful execution of the project, beginning with the leadership of the Nigerian Union of Teachers ( NUT), Kwara State Wing.

The interactive session which took place at the Ministry of Housing and Urban Development saw both parties bearing their minds on their expectations and roles in the project.

The Commissioner for Housing and Urban Development, Arc. Aliyu Muhammad Saifuddeen, while addressing the NUT delegates, said the interactive session became necessary in order to carry every stakeholders along in the mass housing project from the onset.

This, he said, is premised on the principle of transparency and inclusiveness of the Mallam Abdurahman Abdulrazaq led administration.

Arc. Saifuddeen added that NUT is therefore expected to avail the Ministry with relevant data and other necessary information that will enhance the smooth, timely and seamless execution of the project.

He commended them for their continuous loyalty and support for the Abdurahman Abdulrazaq administration, while assuring them that the administration will not let them down in that regard.

Comrade Bashir assured that the Union on its part, will do all that is possible to ensure the project became reality. 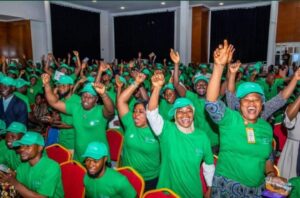 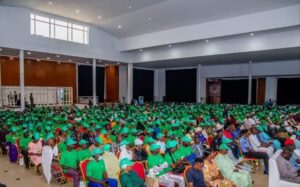 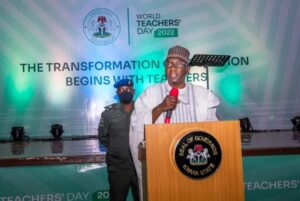