Kane twice netted from close range – converting passes from Son Heung-min and Eric Dier – to take his Premier League tally to 98, one more than Teddy Sheringham scored for the club.

The excellent Son opened the scoring at Wembley by finishing off Serge Aurier’s cross, and the South Korea international later hit a post as the hosts dominated.

According to BBC, Christian Eriksen smashed in a fourth from the edge of the penalty area late on after a fine backheel from Dele Alli.

When the game was goalless, Wayne Rooney thought he had put Everton ahead with a header but he was adjudged offside.

Tottenham, who are now unbeaten in six matches, remain fifth in the Premier League, but are level on points with Liverpool and 18 points behind leaders Manchester City.
England striker Kane has now scored 20 times in the Premier League this season, three more than any other player, and has hit 28 goals in 28 appearances in all competitions.

There was a touch of good fortune about his first, which put Tottenham 2-0 ahead, as he looked in an offside position when he converted Son’s pass, but the goal was given.

That was his 97th Premier League goal – and his 98th came only 12 minutes later as he scuffed a shot into the net from Dier’s cross.

The 24-year-old is yet to win any trophies but has already secured his place in the club’s record books by overtaking Sheringham, whose goals came during two spells – from 1992-1997 and 2001-2003.

Kane’s goals have come in only 135 games, while Sheringham took 237.

But, while he now holds the club’s Premier League record, he has a long way to go to overtake Spurs’ all-time top goalscorer – Jimmy Greaves, who netted 266 times in 379 matches, including 220 league goals.

Tottenham manager Mauricio Pochettino said: “I would like to congratulate Harry. It is a fantastic achievement.” 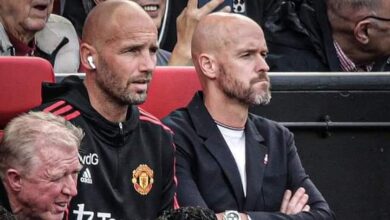 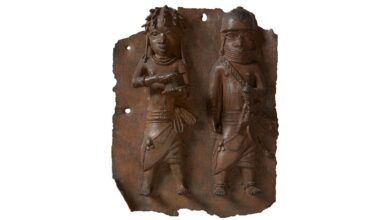