The Minister of Transportation, Rotimi Amaechi, has said he warned that lives would be lost long before the attack on an Abuja-Kaduna train by bandits.

He said he had called for necessary digital security and crime prevention equipment that could forestall such disaster, but was not approved.

Lamenting the loss of lives, Amaechi who briefed journalists at the scene of the incident said it was very avoidable.

He said, “Because if we had those equipment, you will see nobody on that track. And I warned that lives will be lost. Now, lives are lost. Eight persons dead, 25 persons in the hospital.

“We don’t know how many persons have been kidnapped. And the cost of that equipment is just N3 billion. The cost of what we’ve lost is more than N3 billion.

“To fix all the things on that track now, will cost us more than N3 billion. And now even the things we said give us approval to buy – at the time we asked for it, dollar was N400, now it is N500. When you come with sincerity to government and your colleagues and people are stopping you, it is annoying.”

I Left PDP Because I Was Treated As Unimportant -Kwankwaso

Comedian I Go Save Reveals Threat Messages From Ubi Franklin 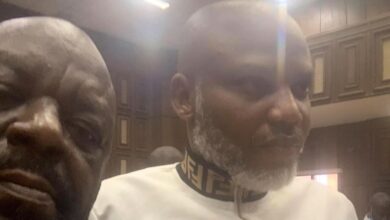 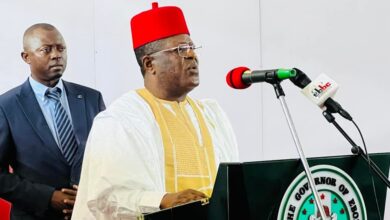 Umahi Never Said University Not For Everybody – Ebonyi Govt