The Kaduna State Executive Council has estimated N189.9bn for the 2017 Budget. The draft for the budget was approved during the council meeting on Thursday.

Muhammad Sani Abdullahi, the Commissioner of Budget and Planning, said the draft tagged “Budget of Jobs, Social Justice and Prosperity” gives priority to capital projects. The key sectors with biggest allocations are Education, Health, Infrastructure, Agriculture and Rural development. It portrays the determined efforts to attract private investments compel a sustained focus on improving infrastructure and the ease of doing business.

He added that the draft is based on Zero-Based-Budgeting principles tailored towards actualising the objectives of the Kaduna State Development Plan (SDP) 2016-2020.

The draft will be submitted for public debate at a special town hall meeting tomorrow. The recommendations from the meeting will be added before the draft budget is presented to the State House of Assembly for onward passage.

The State government is hosting a town hall meeting to institutionalize citizen participation in the budget process like it did last year. The meeting is to explain context and elicit inputs from the people of the state.

State Governor Mallam Nasir El-Rufai is expected to present the draft budget to the lawmakers next Wednesday. The State Executive Council expects prompt passage to enable the government start work by 1st January 2017.

Amnesty: No going Back, FG 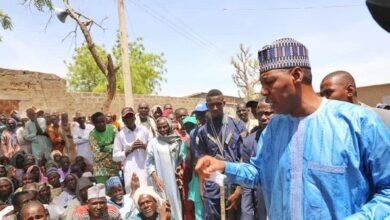