The Independent Corrupt Practices and Other Related Offences Commission (ICPC) and the Nigeria Immigration Service (NIS) have moved to tackle the menace of fake Nigerian passports being issued by unscrupulous persons.

The move followed a courtesy visit to the Adamawa State Command of NIS by the ICPC Resident Anti-Corruption Commission (RACC) in the state, Mr. George Lawal.

Mr. Lawal, during the visit dwelt on the need for synergy in tackling the issue of fake passports, while urging NIS officers to avoid corrupt acts such as certification forgery, job racketeering and aiding irregular migration.

The Comptroller of NIS Adamawa State Command, Mr. Mohammed A. M. Falali, in his remark said that the Service was interested in fighting corruption as shown by their having an active SERVICOM and the Anti-Corruption and Transparency Unit (ACTU) in the Command.

Falali requested that the Commission should carry out more visits to the Command to sensitise officers on corruption and its effects on the service.

Illicit Money Out Of Africa More Than Development Grants – ICPC 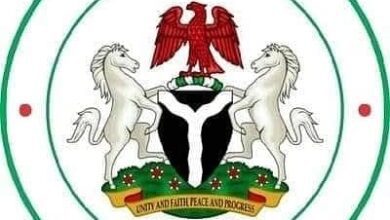