Speaker of the House of Representatives, Femi Gbajabiamila, at a negotiation meeting with labour on Sunday in Abuja said the palliatives would be included in the proposed 2021 budget.

Gbajabiamila said that the budget would soon be presented to the National Assembly, stressing that some palliatives were being considered to cushion the effects of increase in electricity tariff and fuel price hike.

The palliatives, according to the speaker, includes distribution of food items, reduction of taxes on minimum wage and payment of some special allowances.

Others are involvement in ownership of housing programmes through mortgage and distribution of special buses to public institutions which run on auto gas.

Gbajabiamila said that the palliatives would go a long way to assuage the suffering of Nigerians.

He said the lawmakers would also make provision in the budget to tackle the eight million deficit of meters to enable Nigerians to access them.

Gbajabiamila, who described estimated billing as a scam, said: “I have never heard it anywhere in the world, so if we may have to provide for the deficit, we will have to do that.”

He appealed to labour to suspend the planned strike, saying embarking on industrial action at this critical time would not augur well for the citizenry.

“You know, you cannot go on strike at this time, if you go on strike, the people you think you are protecting will be at the receiving end, we share your philosophy regarding workers’ rights.

“We know what Nigerians are going through, our position on electricity billing is obvious, the only thing now is to continue to talk, I am concerned about the people out there.

“Shutting down the markets, banks and other places of work is my worry, I am concerned about the people,” he said.

Gbajabiamila said that there was the need for every Nigerian to be properly metered in order to capture the true cost, adding that the lawmakers would consider metering in the 2021 budget.

The President of NLC, Ayuba Wabba, said that the increase in electricity tariff and hike in fuel price had eroded the purchasing power of Nigerian workers.

He said the initial plan was that there would not be an increase in electricity tariff until meters were provided for Nigerians.

Wabba commended the speaker for the intervention, adding that he had consistently represented the interest of Nigerians.

The NLC president said there was a valid court judgment nullifying the electricity tariff, adding that the judgment of the National Industrial Court asking NLC to stop its planned strike could not be sustained.

Wabba insisted that the NLC would go ahead with the strike if its demands were not met by the Federal Government before the expiration of the ultimatum. (NAN)

END_OF_DOCUMENT_TOKEN_TO_BE_REPLACED 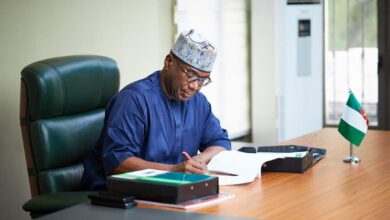 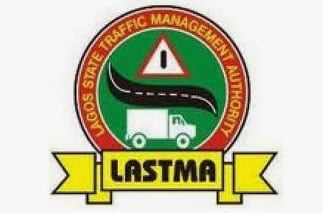 LASTMA Urged To Bring Back Glory Days Of Lagos Transport