Benito, the stepson of actress, Funke Akindele-Bello, has alleged that she and his dad, JJC Skillz, have cheated on each other in their marriage.

In an Instagram Live video on Friday, he said, “She accuses everyone of dating my dad. But your beloved had cheated on my dad. My dad cheated too.

This comes weeks after he alleged that his dad’s marriage to the actress was troubled. He also disclosed he was allegedly assaulted by his father when he was expelled for bringing alcohol to school.

The couple got married almost six years and have twin sons. 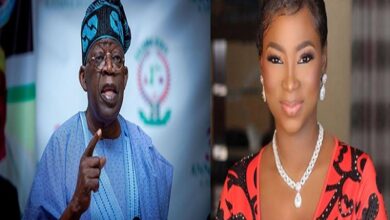