The Rivers State Taskforce on the 2022 Flood Disaster Management today resumed its task beginning with an on-the-spot, one-on-one assessments and evaluation of the level of damage and devastation caused by what could be best described as coastal flood. A flood caused by strong winds or storms that move towards a coast or waterline during high tide. When powerful waves breach the coast’s dune or dike, the area is usually flooded. Coastal areas with fewer defenses and lower elevation are the most affected.

On arrival, the members of the committee stopped at the Ahoada East section of the East West where the ravaging flood had totally cut-off a lane of the dual carriage way. At this point, the Chairman of the Committee who doubles as the Permanent Secretary, Special Services Bureau, Office of the Secretary to the State Government, Dr. George Nwaeke, Barr. Inime Aguma, Secretary of the Committee and the Executive Chairman of Ahoada West Local Government Area, Evangelist Hope Ikiriko respectively addressed stranded commuters and motorists who have been on that spot for about two days now with perishable goods destroyed.

Afterwards, the team moved to Ula-Ehuda community, the access to the Odiokwu clan in Ahoada West Local Government Area. The committee resolved to immediately provide speed boats for the evacuation of stranded community dwellers.

Another point of call was at Edeoha Community where the affected persons reported that the flash of the flood got to them about two days ago. Their immediate and long term needs were as well taken note of.

Lastly, the committee went to inspect the Internally Displaced Persons Camp in Ahoada East Local Government Area headquarters. Affected persons have started reporting to the camp under the supervision of the council chairman, Honourable Ben Eke. After inspecting and addressing the agonized and devastated persons, the committee promised to be back tomorrow for distribution of materials ranging from foods items, mattresses etc.

Meanwhile, the chairman of the committee, Dr. George Nwaeke directed that the Rivers State Mobile Clinic remain with the Camp for immediate medicare pending when adequate medical care center will be put in place. 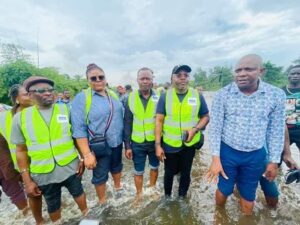 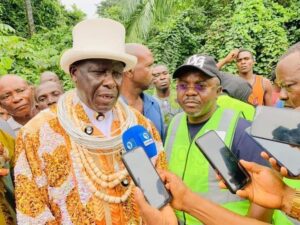 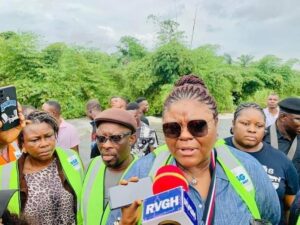 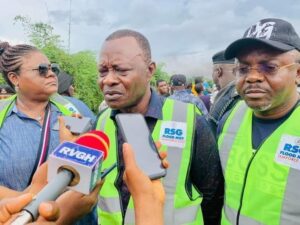 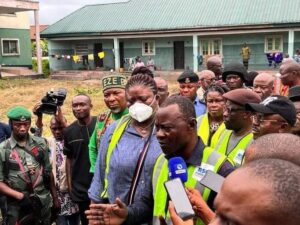 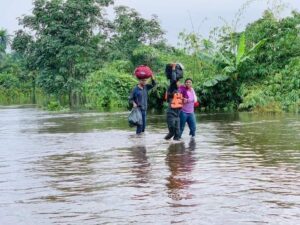 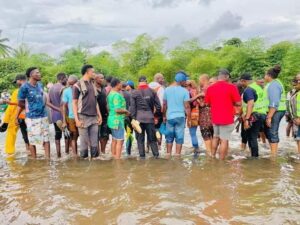 Ayu Denies Getting N1bn From Gov