The Federal Government has commenced distribution of 12,000 Metric Tonnes of food and non food items to states devastated by the recent floods .

The Minister who was represented by the Director Humanitarian Affairs, Alhaji Ali Grema said that efforts were being stepped up to address the challenges of flooding in the country.

“You are all aware of the widespread floods that have been ravaging many States, Local Governments and Communities in Nigeria. The scale of devastation of the present flood situation in the country can only be compared to the 2012 floods. More than 500 lives have been lost, more than 1.4M persons affected, about 90,000 homes either partially or completely destroyed and still counting. Also destroyed are thousands of hectares of farmland which has worsened fears of a disruption of food supply in Africa’s most populous country. These widespread cases are in 27 out of 36 States and the FCT.

“As we reflect on the present flood situation in Nigeria, let us consider the focus of the 2022 Inclusive Disaster Risk Reduction IDDRR. While we shall not apportion blames, we need to acknowledge the fact that we all had enough warnings and our advocacy was timely. However, communities must recognize that all disasters are local and they must take climate predictions and flood outlook warnings seriously. We can not out rightly eliminate flood but we can keep people safe. That responsibility is collectively ours,” she added.

Minister Umar Farouq stated that the Ministry and all relevant stakeholders are working on implementing the National Flood Emergency Preparedness and Response Plan that was recently approved by the Federal Executive Council.

“The plan stipulates specific roles and actions for all States and Local Governments as well as households, communities and pressure groups. The Ministry considers the importance of preventing deaths and loss of lives in a disaster that is predicted and occurs every year”.

In an interview, the Director General of NEMA Mustapha Habib Ahmed also assured that the delivery of relief materials to other states has commenced to provide succor to persons affected by floods across the 36 states and Federal Capital Territory (FCT),

The Director General said that the distribution of assorted food commodities from the National Strategic Reserve was approved by President Muhammadu Buhari to be distributed across the states to vulnerable Nigerians.

“NEMA has already delivered relief materials to many states and presented to the various State Governments for onward distribution to the flood victims. We want to assure other states yet to receive the relief items that delivery will soon be completed in their states by this weekend. Efforts are being made to address challenges encountered while moving the items due to the condition of the roads that were covered by flood.

“The scale of the flood disaster across the country is colossal. While over 500 lives have been lost, several homes and farmlands have been destroyed and a large number of persons displaced in some of the disaster hotspots.” 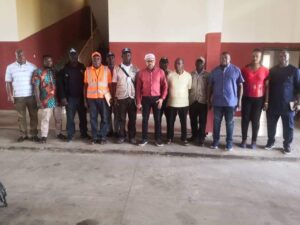 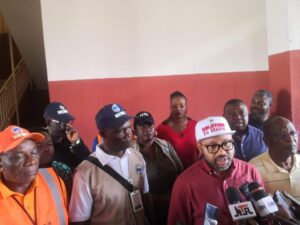 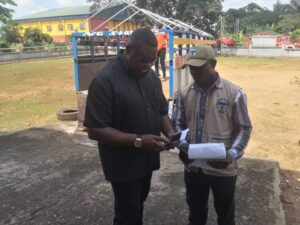 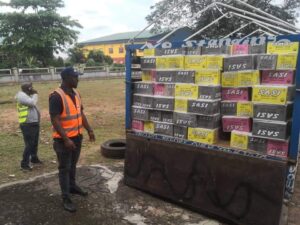