I’ve been inundated with requests by the media and a few patriotic Nigerians to make a statement and in some cases to react to the anniversary of the incident of the 20th of October 2020 tagged the EndSARS Protest. A few kind souls organized an event to address salient issues for closure but sadly logistics plans could not afford me the opportunity to be there physically and I believe it is best to address it via a medium like this would suffice.

Disciplined, conscious and responsible Leaders of thoughts are not fond of reacting to societal issues but known to reflect on happenings and give their admonitions in the know.

The #EndSARS #ReformPoliceNG Advocacy debuted on the 17th of December 2017 after a deep dive into the Police Brutality Imbroglio, a research and data collation that went on for almost a year since 2016 and we must not accept any trope based on the willful blindness to facts by painting any picture that suggests it started as a reaction in 2020.

The Advocacy was not about any Mexican Standoff between the belligerence of Government and the thirst for chaos of the mob seeking to deploy any popular/effective advocacy as a vehicle for their self genocidal plot.

When the structure of any society degenerates into tyranny (on all sides) the fundamental basis of relationship between people becomes dependent on POWER (chaos from the masses and the show of force on the side of the Government) this is why we (Social Intervention Advocacy Foundation —SIAF) have always advocated for finding alternative means of dispute resolution and engagement void of needless knee jerk confrontation and chaos.

To put it in proper perspective, the Anniversary of the incident of 20th October 2020 of the Protest Movement masked as #EndSARS protest, (without any recourse to the discipline, tenets, integrity or principles of the actual EndSARS Movement, that has built a bridge over the institutional gap between the relations of the Police institution and the People since 2017 till date, while running transparent, accountable and effective interventions nationally), is one that calls for national reflection.

If the lessons from Carl Jung’s Civilization in Transition (Madness of Crowds) is anything to by, we cannot underestimate the dynamisms of the collective individual let loose when people crowd together and form a mob, an assembly where beast or demons that lie dormant in every person until he is part of the mob gets unleashed. Little wonder why the Man in the mass sinks unconsciously to an inferior moral and intellectual level.

From unmanaged expectations, peer pressure that stokes the fear of missing out from every bandwagon, and attachment, springs obsession that soon degenerates into resentment and hatred. This is the worst kind of mental trap most find themselves in, where they cannot detach themselves from what they claim to detest. Our institutional crisis is a direct reflection of the decrepit state of our society and we must take collective responsibility.

#EndSARS #ReformPoliceNG Advocacy achieved its aim as it facilitated the passing and Presidential assent of fundamental laws through the repeal and replacement of the Police Act 1943, thus, birthing the Police Act 2020 (and Police Trust Fund 2019) via legislation that tends towards democratizing our police for good. This was achieved long before the protest in October, in line with the end goal of Reforming the Nigeria Police and repositioning the institution for effective service delivery to the people.

It was also during the engagement that the judiciary mandated the domestication of the Administration of the Criminal Justice Act 2015 across the Nigerian states, which aided the engagement of the Police operations and the curb of violation of human rights. It was after these intentional and strategic engagement that Police began accepting responsibility for their high-handedness and began making refunds and restitutions after extortion with subsequent prosecution of the rogue officers involved. Hundreds of millions (if not billions) has been recovered over the years till date as captured in the annual reports of the Police Complaint Response Unit.

We went further to recommend this model for virtually any policy thrust because it is based on common grounds that fosters unity regardless of our diversity as against the usual chaotic bickering and wild protests that cost human lives, while instigators get their notoriety established at the expense of the impressionable used as canon fodders in the process.

The Protest based on the layers of interests as against the vision of the monicker (EndSARS) deployed, did not achieve much beyond the hype and funds/bitcoin stolen and unaccounted for till date. It was devoid of responsibility and have become a weapon in the hands of perpetual protesters seeking political opportunity.

The lessons from decades of altruistic Advocacy reveals that seeking to replace violence by non-violence, greed by generosity is more or less presenting an ideal which hardly brings Change. It is only in Children that the presentation of better/sweeter brings about a change of mind in choice.

On the contrary the presentation of the ideal in maturity are impediments to a fundamental radical change. This is exactly the argument of a few I have met in the trenches and have come to admire.

Change is not merely conforming to a new pattern of thinking, to a new ideology, but a change brought about without influence, and without motive. So it is imperative to state that without self knowledge all action leads to confusion and ignorance. The strife and sorrow, dearth of right thinking and the lack of foundation for the discovery of the truth all stem from the gulf in self knowledge.

Sadly awareness is not a habit to be cultivated neither can those inflicted by chronic social anxiety facilitate social inclusion as there are majority, with the notion that life dealt them the short end of the stick and are earnestly waiting for and willing to volunteer in unleashing chaos towards the collapse of civilization as we know it.

There are others whose perception is that Government is the major problem with their overreach and self aggrandizement thus existentially seek freedom from the hold of authority and authority figures by taking up arms against the state with the view of founding an utopian society. But of course there are no armed men with utopian dreams.

As soon as peace and civility abates so would there be human droughts on the farm and places of businesses and before long, hunger and starvation creeps in. We had a glimpse of this during the global lockdown and also briefly with the sack of police officers in our streets when the thugs took over.

While living in fear of hunger with very few unwilling to till the earth for fear of being killed in the Mexican standoff, the easier alternatives would be explored and people will begin raiding homes and raping their way through what is left of the chaos to feed.

Living free of ‘governmental’ constraints as a picture of freedom oftentimes gets painted in the colors of chaos and extinction. This is certainly not what freedom looks like. The Bible never paints a picture of bliss void of governance under an authority be it heavenly or under a King. God is not the author of confusion.

Recall the period of the Judges in the Bible when everyman did what seems right in his own eyes? A period of hardship, suffering and pestilence where agreements were drawn on whose child to eat on an assigned date. Suffice to say that “There’s a way that seemeth right unto man, but the end thereof are the ways of death.” (Prog 16:25)

Anyone who wants the society to be sanitized must begin by sanitizing his own home/compound. The change that we seek must begin with a change of mindset and personal responsibility. Parents must take back their responsibility for the future of society is in their hands. If we raise our kids in the way of the Lord, they will not depart from it when they are grown. No amount of distraction or indoctrination can. erode a Godly foundation.

As promised in 2017 at our media parley in Abuja as covered by the BBC and CNN as well as other media outfits, there is no point burning Tyres to resolve institutional gaps in Nigeria if the purpose and physiology of government is understood and means of engagement is surgically and strategically engineered.

We all can agree that we may not be where we hope to be yet but we are certainly not where we used to be as per Police Brutality. The internal accountability mechanism put in place as recommended are working and the Police are more responsive than ever. The IGP of Police is open to course correction and the leadership have been making a believer of the people.

The Lagos Judicial Panel of Inquiry’s report is in the public domain as acclaimed to have facilitated justice for the applicants before it on police brutality cases within its jurisdiction. On the investigation of the October 20 2020 incident, the Lagos State Government’s WhitePaper reviewed the 32 recommendations of the panel out of which 11 were accepted as is, 6 accepted with modifications, and 14 fell outside the purview of the Lagos state Government and was forwarded to NEC while 1 was rejected.

It must also be highlighted that Lagos Judicial Panel of Inquiry demonstrably proved to have been the most effective in terms of the answered prayers of the petitioners before it with over N400m paid in compensation to credible petitioners.

There are no switches anywhere neither are there quick fixes. We are dealing with an institutional imbroglio fueled by the culture of societal decadence and impunity. No one engages culture change with force without birthing something uglier. It would take methodical iterations over the years and will require the collaboration of the citizens and conscionable government to work assiduously towards monitoring the implementation of the laws and recommendations of the Judicial Panel of Inquiry, as well as those of the National Security Summit (both of which I participated in fully, with other stakeholders from various security institutions in the country), alongside evaluation and amendments of such provisions to mirror society in the here and the now.

Ndigbo: What If Peter Obi Does Not Win The 2023 Presidential Election? 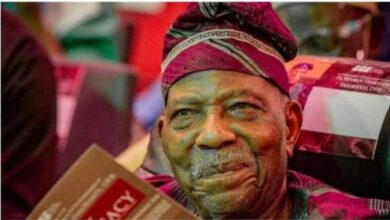