Concise News garnered that this happened after the “Wonder Woman” crooner posted on Twitter that he is disappointed in AKA over comments on xenophobia.

The anger towards AKA is as a result of the latest trend of Xenophobic attacks on Nigerians and other African nationals in South Africa.

Information has it that Not only Davido is angry with AKA, self-acclaimed “African Giant,” Burna Boy threatened he’s going to beat him next time they meet, while DMW act, Peruzzi also said he should never come to Nigeria. 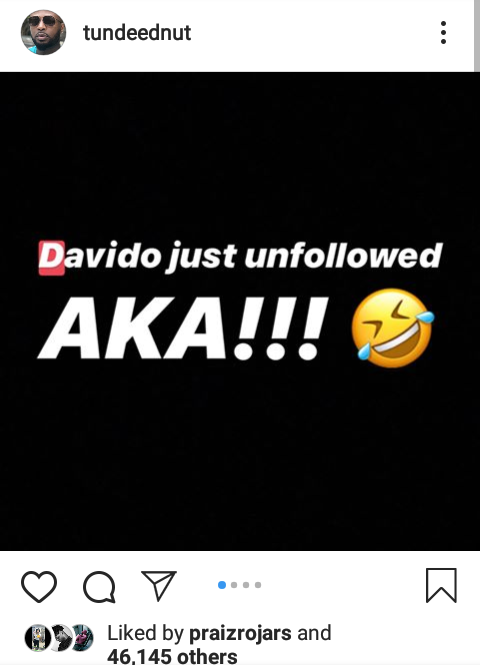 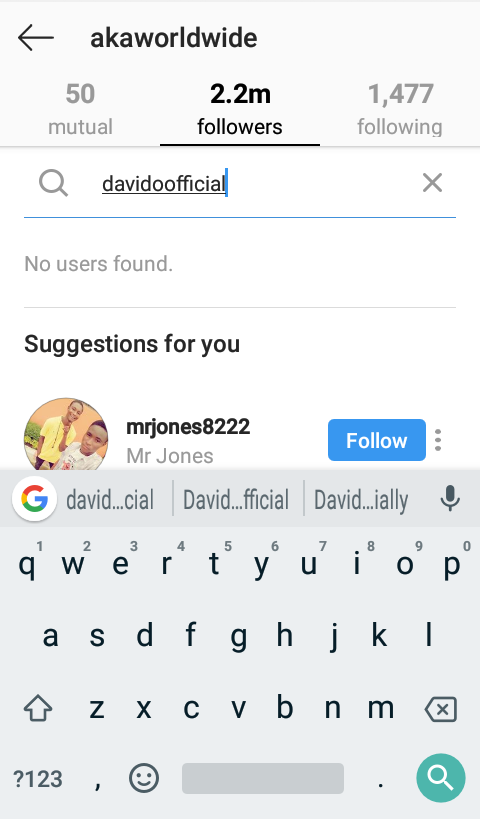 In the same development, Ice Prince Zamani had called on the  South African award-winning rapper to apologise to Nigerians.

The South African rapper has been under intense criticisms from Nigerians following the recent xenophobic attacks on Nigerians in South Africa.

Following this, the Nigerian rapper took to his twitter page to advise the South African rapper to apologise to Nigerians to end the death threats he has been receiving since the latest xenophobic attacks in South Africa.

In his response, the South African leading artiste gave an unexpected to his friend, asking to know why he should plead.

Davido Speaks About Safety Of Nigerians

Davido had also expressed disappointment over the situation of Nigerians both home and abroad, Concise News reports.

Reacting to the trending xenophobic attacks against Nigerians in South Africa, Davido said the citizens were not guaranteed of safety at home as well.

According to him, it is not safe in the country and even more disturbing that Nigerians are not safe when they are abroad.

He noted that the development was shameful and stressed the need for action to be taken.

The multi-talented celebrity who has shown just how upset he is with the country announce that he will not be attending the Comic Choice Awards he was set to attend in the country this weekend.

He made this known through a pictorial write-up which he uploaded on his Instagram.