The Operatives of the Nigeria Customs Service Federal Operations Unit Zone Zone ‘A’ have intercepted 3,166 cutlasses illegally imported without an end-user certificate and 7,403 bags of 50kg of foreign parboiled rice.

In a Press Briefing showcasing the breakdown of Seizures made for October 2022. The Unit Acting Comptroller, Deputy Comptroller Hussein Ejibunu said, spectacular Seizures made were a result of due intelligence on the side of his Officers.

According to him, a total of three thousand, one hundred and sixteen pieces of cutlasses were evacuated from an abandoned building in Idiroko.

“These Cutlasses were intercepted inside a bush at Idiroko, they were hidden in an abandoned hut. The manner and area is suspicious, my Officers evacuated them at about 1 am at the Oja-Odan area of Idiroko.”

“The yuletide and election period are here, we need to fortify the nation, so that dangerous items like this, are not illegally imported into the country. It is important for an Importer to get End User Certificate from the Office of the National Security Adviser before importing this.” Ejibunu emphasized.

“This achievement was possible with the enabling powers of sections: 158 (power to patrol freely), sections 160 – 163 (failure to pay duty on demand, untrue declarations, counterfeiting documents, false scales, etc) of the Customs and Excise Management Act (CEMA), Cap C45 Laws of the Federation of Nigeria, 2004 as amended.” He noted.

Also, the Unit recovered a cumulative revenue of N42,320,098.00 during the period under review while 11 Suspects were arrested in connection with the seizures.

“Having understood the unrepentant nature of some economic saboteurs’ increased desperation to smuggle and their quest to acquire wealth ahead of the festive period, this Unit had remained resolute in
enforcing compliance with the Federal Government fiscal policies, Customs and Excise laws. While doing this, we have evolved better strategies of being ahead of them; not only to seize their wares but to get them arrested and prosecuted.” The Unit boss said.

He, therefore, appealed to the trading community to be patriotic by making sincere declarations and paying the maximum duties/levies payable to the Federal Government.

He also thanked the CGC Col. Hameed Ali (rtd) and his Management Team for always supporting the Unit, especially with an addition of a new warehouse. 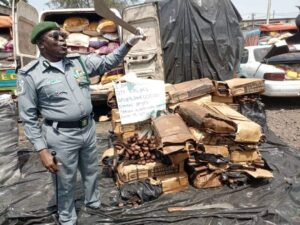 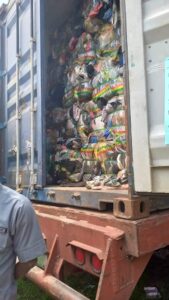 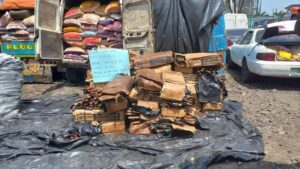 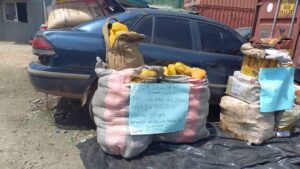 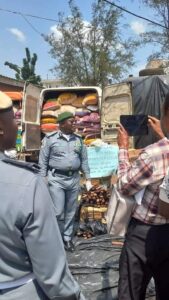