British actor if Nigerian decent, Chiwetalu Ejiofor, has recounted losing his father to an auto crash.

The actor’s parents had fled Nigeria to the UK during the Biafra war.

Losing his dad at a young age, Ejiofor said the incident created a gap in his life.

“When you lose a parent young, it has a profound effect on the way you view life,” the actor was quoted as saying.

“At an early age, you realise the value of some things and the preciousness of life itself, which is something most people acquire later on.

“Certain fears or neuroses you definitely carry. Some are justified but you do lose a lot of ideas about knowledge.

“I don’t know if it was due to my father passing away, but I have gaps in my knowledge that I have to acquire for myself as I go through the journey of life.

“I think neurosis is a more creative space [than confidence] but it can be paralysing. Those little fears you pick up along the way grow into such major branches of your personality, and they define the ways you approach things.

“But such fears are just an illusion you’re creating. I have been lucky enough to break some of the fears I had – and when you do, you recognise your genuine path and personality in a richer, deeper way.”

Obiwon Reacts To Rema's Switch From Gospel To Secular Music

We Can Make Commonwealth A Real Global Power - Buhari 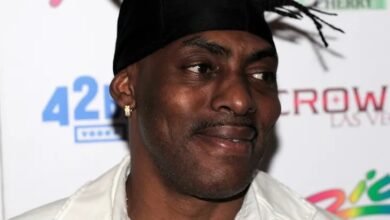