The Christian Association of Nigeria, CAN, has condemned a video inciting Muslims against Christians in Taraba and urging them to take over political power in the state.

CAN, in a statement issued through its state chairman, Isaiah Magaji-Jirapye, stated that it was a move to alter the religious tolerance the state is known for.

The Association then called for the arrest of the clerics making the inciting comments in the video.

The statement read, “The attention of the Taraba State Chapter of the Christian Association of Nigeria has been drawn to several video clips of Islamic Clerics from outside Taraba State, threatening religious war and the establishment of a sharia Islamic government in Taraba over the recent APC governorship primaries in the state in which a Christian, Senator Emmanuel Bwacha was announced the winner.

“The messages of these clerics stand condemned by all reasonable individuals. We call for their immediate arrest and question why they are interested in setting up Taraba in flames.

“Our tolerance has been why we are still exempted from the religious carnage ongoing in some states. We urge the APC to settle their party issues without bringing in religion.

“CAN is not a partisan organisation but has observed with dismayed the threats on Christians in Taraba State and an attempt to instigate religious unrest from some Islamic Clerics from across Nigeria.

“CAN in Taraba state and indeed well-meaning Nigerians are shocked that a purely political party affair could be given a religious colouration and draws such segregation capable of destabilizing the entire nation,” the statement read.

The statement called on intelligence agencies and the federal government to expedite actions and apprehend and prosecute the individuals in the videos before they throw Taraba state and Nigeria into avoidable bloodshed. 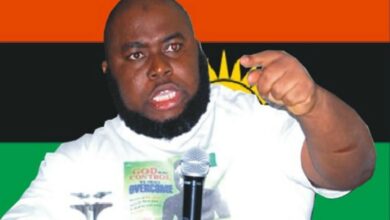