President Muhammadu Buhari on Wednesday in Abuja said N134.7 billion has been approved for the payment of Security Debarment Allowance (SDA) to all veterans.

The President also announced the donation of N10 million to the Nigerian Legion, on behalf of the Federal Government, at the launch of the 2023 Armed Forces Remembrance Day Emblem and Appeal fund.

The President pledged the Federal Government’s commitment to the welfare of veterans by ensuring prompt payment of their pension and other entitlements, which had been demonstrated by his approval of the payment of SDA to veterans with effect from 2017.

President Buhari also expressed delight that the Defence Health Maintenance Limited is living up to expectation in providing healthcare services to the veterans, noting the expansion of the reach of their services through the establishment of Zonal and State offices.

The President also used the occasion to commend the efforts of the Nigerian Armed Forces in confronting banditry, kidnappings, molestations and killing of innocent citizens head-on, saying that these ‘‘vices alien to our culture’’ are on the decline. 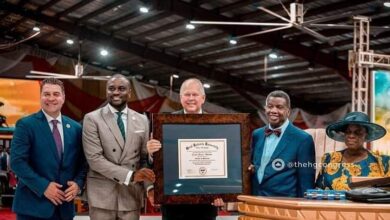