After reaching an agreement with the Federal Government on Wednesday, the National Association of Resident Doctors has suspended the nationwide strike.

Dr Aliyu Sokumba who is the President of NARD confirmed the development adding that the union will review the progress made in talks with the Federal Government in two weeks.

“Following our meeting yesterday (Wednesday) with government, we had a National Executive Council meeting and resolved to once again suspend our strike to allow the government time to address our demands. So the strike is suspended to be reviewed in two weeks’ time.”

Of the agreement reached with the FG was the approval of an additional N8.9 billion to pay up a large chunk of the June 2020 COVID-19 allowance to all health workers across the nation, according to Senator Chris Ngige, Minister of Labour and Employment during the signing of a Memorandum of Understanding (MoU).

The FG and NARD also agreed on the provision of group life insurance for doctors and other healthcare workers and payment of death-in-service benefit to next-of-kin/beneficiaries.

Ngige stated that the implementation of the payment of the Special Hazard and Inducement Allowance has been concluded, stressing that this has been cash-backed and the mandate sent to the Central Bank of Nigeria for payments to start with effect from September 9.

According to him, this will bring the total disbursement to about N288 billion. (Channels/Punch)

After reaching an agreement with the Federal Government on Wednesday, the National Association of Resident Doctors has suspended the nationwide strike. END_OF_DOCUMENT_TOKEN_TO_BE_REPLACED 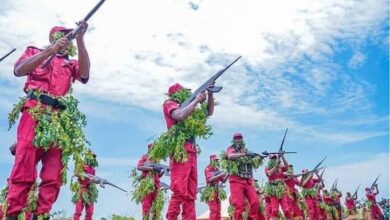