Francis Nwaze, an aide to Governor Dave Umahi of Ebonyi State, has said his principal didn’t step down from the race for the presidential ticket of the All Progressives Congress, APC, for Senate President Ahmad Lawan.

Reports had it yesterday that Umahi stepped down from. The race and pledged his support for Lawan who is also in the race.

However, a video from the meeting between both men yesterday shared by Nwaze showed that Umahi didn’t announce Hany withdrawal from the race.

The video only showed both men pledging to support each other if one loses out in the race.

APC Primary: Umahi, Lawan Pledge Support For Each Other 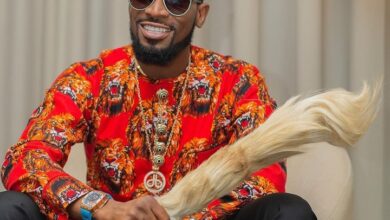 Why We Detained D’banj – ICPC