Governor Akeredolu led some of his siblings and other family members to hold the Service of Songs for their late mother at All Saints’ Church, Jacob and Grace Chapel, Ido in Ibadan.

The Cleric particularly lauded the deceased for her worthy services to God and humanity .

“We thank God for the life Mama lived and the remarkable footprint she left behind. The testimony that we heard today was that she was prayerful. She was generous.

“This message is not for her. The books are closed and the message is for the living. It is for us to live well so that we can exit gracefully and end well. Wisdom demands that we should be prepared to finish well,,” he added.

He said: ”Granny was a special woman. She has passed but her memory will definitely linger on. One of my first memories was Orogun. Granny was hundred percent devoted to God.

“One thing that was special about her was her generosity. She was very generous to everybody. It was painful that she passed away.”

In his Vote of Thanks, Governor Akeredolu thanked the church for allowing the children to build the Jacob and Grace Chapel named after their late father and mother.

“When we were laying the foundation stone of this chapel only few of us were there. My mum was here. We laid the foundation together. And I want to specially appreciate All Saints Church.

“Your church, my church, our church. I am proud of this church. You gave us a great honour to build this small chapel. This church was named after my mum and her late Husband. For allowing us to do that, I want to thank the Church,” he said.

The event was attended by members of the State Executive Council led by the Secretary to the State Government, Princess Oladunni Odu; Justices from Ondo State Judiciary led by the Acting Chief Judge, Justice Olusegun Odusola; members of the Bar and the Bench; friends and associates.

Also in attendance were members of Loyola College Old Students Association, Ibadan, among several others.

A minute silence was also observed in honour of the departed nonagenarian.

There was also planting of a memorial tree in honour of the nonagenarian and her late husband, Rev Jacob Akeredolu.

The burial arrangements started on Wednesday in Owo, the country home of Governor Akeredolu, with the traditional Ajabue procession round the ancient town.

It will be followed by Service of Songs at St Andrew’s Cathedral, Imola Street, Owo, Ondo State, by 4pm and later in the evening, the Wake Keep will be held at Jacob & Grace Garden, opposite Imade College, Oke-Ogun, Owo .

On Saturday, November 12, 2022, the
Burial Service will hold at St Andrew’s Cathedral, Imola Street, Owo, by 10am.

Interment follows immediately after the burial service while reception will hold at Mydas Hotel and Resort, Ikare Road, Owo. 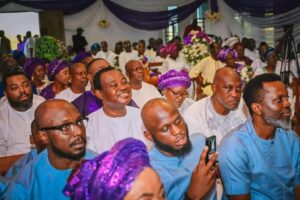 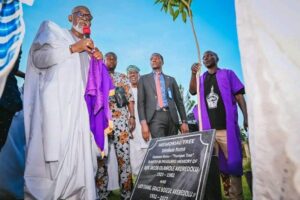 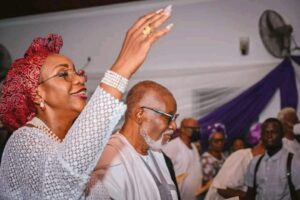 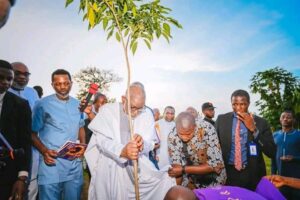 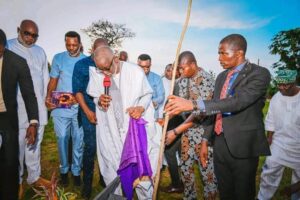 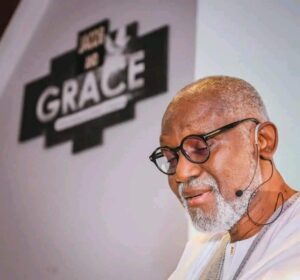