Political activist, Deji Adeyanju, has said there are indications that the Governor of Rivers State, Nyesom Wike, may work against the Peoples Democratic Party and its presidential candidate, former vice president Atiku Abubakar, in the coming 2023 elections.

There has been disagreement between Wike and Atiku since the Governor lost the PDP presidential primary to the former vice president.

While many thought Wike would become Atiku’s running, Governor Ifeanyi Okowa of Delta State was anointed instead.

Since then, Wike has been romancing with the ruling All Progressives Congress and recently welcomed one of the party’s leaders, Governor Babajide Sanwo-Olu of Lagos State, to inaugurate some projects in Rivers.

Speaking with DailyPost, Adeyanju said: “There is the possibility that Wike will work against Atiku and PDP because all politicians care about is their political interest and self-preservation, but in essence, nobody can tell Rivers people who they should vote for or not at this level.

“But for political expediency and other reasons, you need a governor who can galvanise people so that there would be massive voting, so that people will not be disenfranchised.

“The numbers can be significant if the governor has the capacity to help suppress votes or increase votes. These are some of the issues you need a governor and party for, so when it’s not working, there is the possibility that the people’s will can be suppressed.” 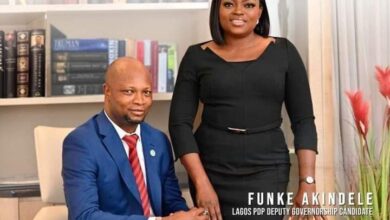