Three weeks ago you would think the election had been decided when Jagaban of Corruption, Bola Tinubu “declared” his intention to run but soon as he discovered that his ambition was Dead on Arrival he took his ambulance and fled to London!

Then #MinimeBuhari showed up, I am referring to the cowardly VP Professor Yemi Osinbajo and you would think he’d won the election but soon as he was challenged about his current abysmal assignment, hope began to fade for the law professor who constantly claimed his hands are tied.

It is now, the turn of the #Chinese Pandora PaPer man, Peter Obi! Ah, he’s gonna open a Gofundme me to finance his campaign after all the funds looted from Anambra during his tenure as Governor! This too is dead upon discovery just as transparent dodo!

We truth is that we’ve change course, no more hanging our patrimony to deceitful, decrepit conmen that ruined Nigeria. We are not apologetic about it. The organic structures have taken over from the criminal transactional structures of the terminators. 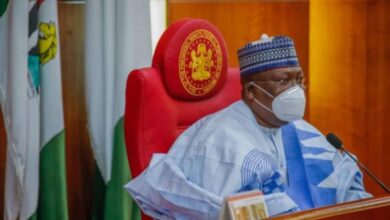 Democracy, Freedom Of Choice And The Obidients’ Mob By Prince Ejeh Josh